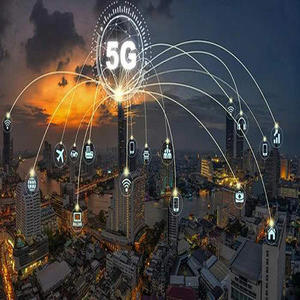 They will increase financial support, setup a 5G industry development fund, and guide non-governmental capital to investin information infrastructure. With the support of a series of policies, morethan one million new 5G base stations will be built next year, which isexpected to initially achieve nationwide coverage, the industry said. Theapplication of 5G high-tech video, 5G+ industrial Internet and other key areaswill be further expanded, and greater potential will be unleashed instabilizing investment, promoting consumption and cultivating new drivers ofgrowth.

Liu Liehong, vice minister of the Ministryof Industry and Information Technology (MIIT), said the construction of 5Gnetworks will be steadily promoted in accordance with the principle ofappropriate advance. Now the ministry is working out plans for base stationconstruction next year with operators together.

The building goals at the local level arealso clearer. The three-year Action Plan for Acceleration of Shanghai's"Double Gigabyte Broadband City" (2021-2023) was recently released inShanghai. It is clear that based on the complete deployment of 5G SA, 5G SAwill be fully commercialized in 2021, with deep outdoor coverage in urbancenters and suburbs.

The 5G plans of state-owned telecomenterprises are coming out, focusing on accelerating 5G network construction incentral urban areas and "sinking" markets such as cities, countiesand towns. For example:

By 2021, it will basically achieve goodcoverage of 5G in cities, counties, urban areas and some key towns across thecountry, improve the layout of 3+3+X data centers, and increase the installedcapacity to 1.08 million.

In 2021, 5G networks will be expanded tocover provincial capitals, cities and counties, as well as large towns throughjoint construction and sharing.

It is proposed to ensure that the scaledeployment of 5G network will be completed within about three years, basicallyrealizing the regional 5G network coverage in major urban areas, expressways,railways, key counties and big towns.

By October this year, China had opened morethan 700,000 5G base stations and more than 180 million terminal connections.

Wu Hequan, an academician of the ChineseAcademy of Engineering, said that the cost of base station construction will befurther reduced as commercial use accelerates, and 5G construction will beaccelerated comprehensively in 2021, with more than 1 million new 5G basestations expected to be built nationwide.

The National Development and ReformCommission will support local governments to increase support for 5G networkconstruction in terms of site resources acquisition and financial subsidies.

Social capital will be further mobilized.For example, Shanghai proposed to guide social capital to invest in informationinfrastructure construction and set up a 5G industry development fund.Guangdong has made it clear that 5G enterprises and major projects meet theinvestment scope, and the provincial industrial Development fund and innovationand Entrepreneurship Fund should increase their investment and financing.

Wu Hequan pointed out that currently thereare various types of 5G terminal development, but there is no one that refreshesusers. For 2021, the development of UHD, VR and other related content needs tobe speeded up. Meanwhile, 5G+ industrial Internet is still in its infancy, sointegrated applications need to be speeded up.

Local governments have also frequentlyplanned key application areas of 5G in the future, for example:

Expanding fusion applications will alsofurther release the multiplier effect of 5G. It is estimated that by 2030, theoverall GDP driven by 5G will reach 5 trillion yuan, with further development inareas such as manufacturing, transportation and finance, according to therecent White Paper on 5G Industry Development (2020) released by ConsultantSadie.